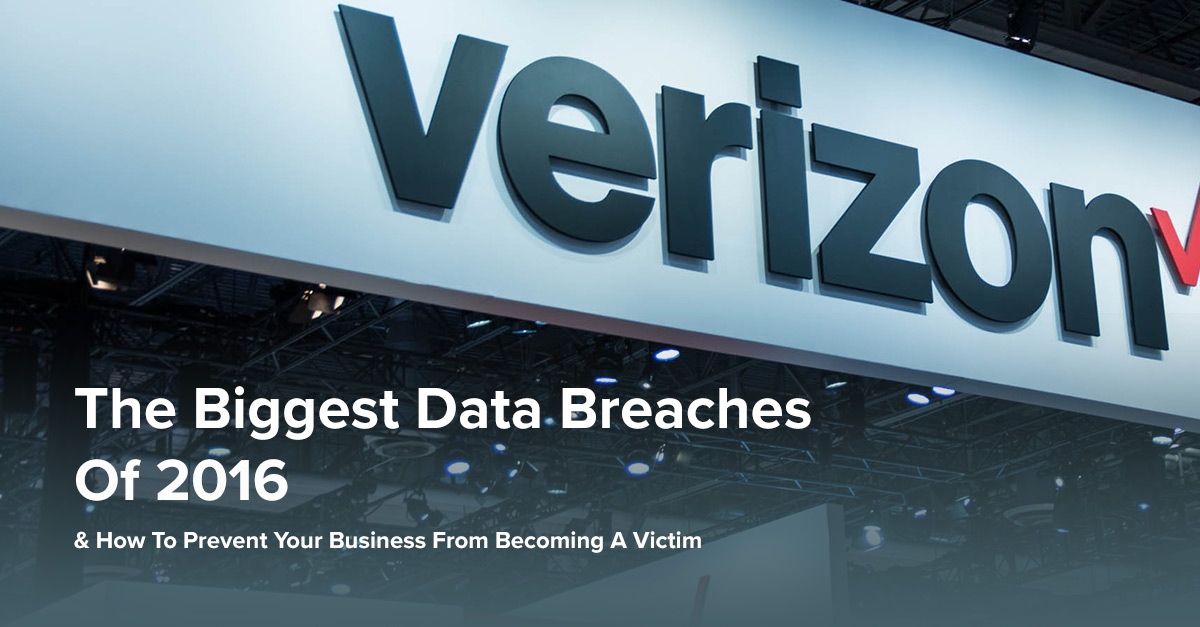 Data breaches have been hitting the headlines more and more often.

In fact, according to the Identity Theft Resource center, they are up 22% this year alone.

That’s 420 recorded breaches through from May 24th.

So, why the increase?

Well, criminals are focussing on hacking businesses for many reasons. The main idea though is to hold them to ransom or to profit from stolen data. And massive, high-profile breaches over the last few years have highlighted the growing problems.

Unfortunately, the number of data hacks has increased this year. And, experts predict that the number of hacks will rise further.

Here’s a look at some of the biggest data breaches of 2016 so far.

1. The US Department of Justice

In February, hackers breached the database of the US Department of Justice. These hackers were reportedly upset about US relations with Israel.

According to CNN, the hackers released data on 10,000+ Department of Homeland Security Employees. They also leaked the data of about 20,000 FBI employees. The leak included names, titles, phone numbers, and e-mail addresses. What’s more, the hackers claim it took the DOJ  a week to realize that they had been compromised.

The company kept the breach quiet on the advice of the FBI as the investigation was ongoing. Hackers gained access to patient names, doctor names, Social Security numbers, diagnosis and treatment information, and insurance details.

Verizon Enterprise Solutions, a division of Verizon who are ironically known for giving IT services such as helping with data breaches, were themselves hit in March.

Hackers stole the data of 1.5 million customers. Then, Journalist Brian Krebs discovered it for sale on a cybercrime forum.

4. The Philippine Commission on Elections

The Philippine Commission on Elections (COMELEC) was hit in March by Anonymous, apparently to force COMELEC to turn on security features in voting machines prior to the presidential elections.

The breach, which according to Infosecurity Magazine could be the worst government data breach ever, is believed to have revealed the data of all of the Philippines registered voters, around 55 million people.

How to Protect your company

It used to be enough to have a security professional check systems regularly. Having up to date security software didn’t hurt either. But these days, that’s not enough.

A great secondary line of defense is employee monitoring software.

Let’s take our product KnowIT as an example. You can remotely install KnowIT onto all your company devices. After installing, KnowIT records exactly what websites and apps your employees are using.

Using KnowIT, you’ll know if they are doing anything that may compromise your business as well as pick up on any unusual or suspicious activity.
You can also set it up to alert managers when someone accesses or copies sensitive documents. So, you’ll know the second anyone tries to touch your valuable data.

Leave a comment below telling us what you think one of 2016’s biggest data breaches has been so far, and we’ll add it to this post!